This project is an attempt to track the descendants of Richard Robson. Mainly those in Australia.

He was born about 1788, probably in Northumberland, England, just South of the Scottish border. He was most likely a shepherd. His wife's name was Jean. Their son, Andrew was born in 1811 at Cornhill upon Tweed, Durham, England. He married Mary Potts in 1833. They had ten children. In 1881 was a farmer with 152 acres, employing 2 men, 1 boy & 3 women. He and sons Robert & Peter lived in a farm house in East Ord, Tweedmouth, Northumberland.

One son, John, emigrated and landed at Robe, South Australia in 1869. In 1876 John married Annie Walker in Victoria, Australia and they had six children, Andrew, George, William, Stanley, Mary and Sydney. John managed a number of station properties in South Australia and Victoria before taking up properties on his own account in Victoria. Annie died in 1894 and John later re-married. John was recognised as an expert judge of all kinds of stock and a skilful manager of large properties. He took very little part in public life, but his sterling integrity of character won for him hosts of genuine friends, and he was highly respected in the community.

Many thanks to all who have contributed during the years. More information is always welcome and photo's are a real bonus. 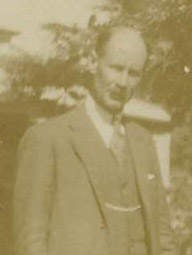